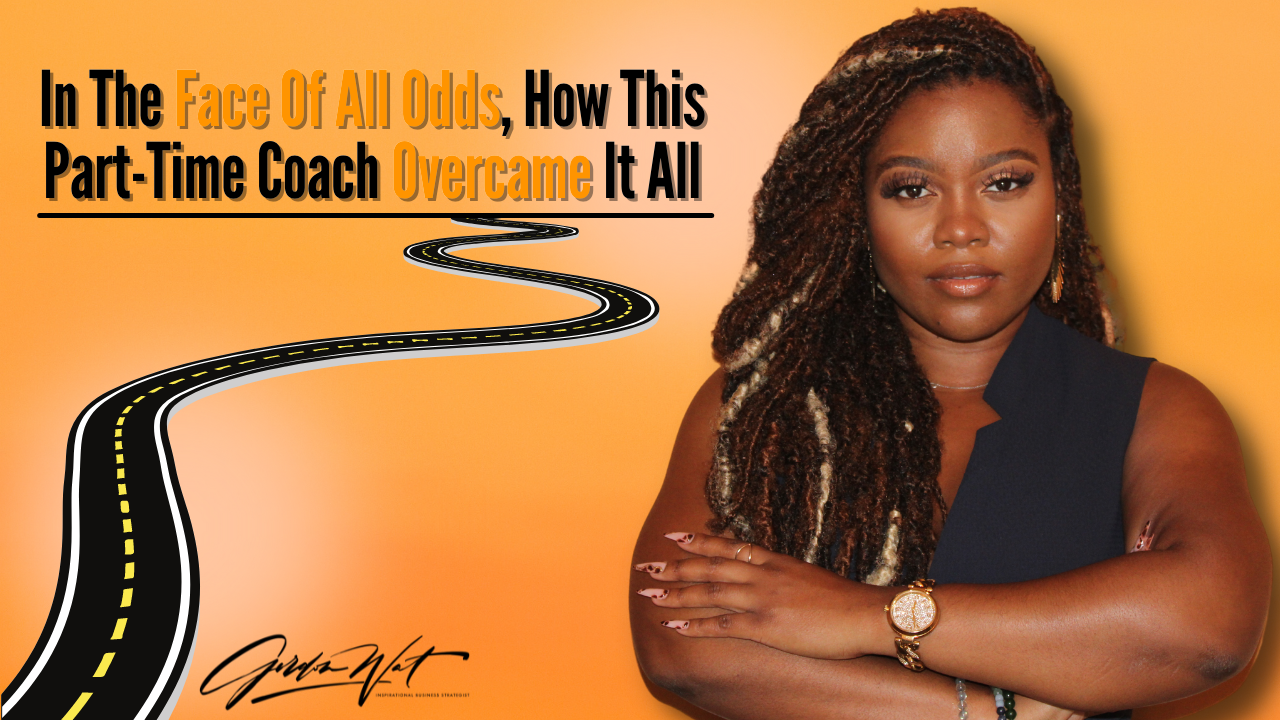 Let me tell you a story…

Once upon a time, there was a 2hr part-time consultant named Didi.

Didi dreamed of becoming a high-profile influencer like most of the new generation of coaches.

Every day, she thought about nothing else but messaging, sales communication, and figuring out how to close more sales with the best clients.

Some might even say that Didi was obsessed. Others said she was a wishful dreamer with no chance of success because she was putting too much on her plate at once.

All Didi could think about was how she could find her perfect right-fit clients as fast as possible.

She knew if she could just have more control of her time and make a decent living while having fun and impacting others, her life would be simply amazing.

But after a while, people started to wonder if she’d ever truly get started toward her goals despite setbacks, life trials and even financial woes.

Truth be told, Didi was even starting to doubt if her goals were anything more than just a daydream.

Then one day something happened that would change everything…

Didi overheard an out of date coach (her mentor) close to her making jokes and saying there was no way Didi was ever going to work when she wants to and get paid her worth… let alone spend more quality time with family!

That was it! Didi was so mad she could barely see straight.

In that moment, she made a commitment that no matter what it took, she was going to figure out how to make this work!

At that very moment, Didi resolved to go “all in” with messaging, sales communication, sales closes and just be able to be well-rounded in all forms of impacting people’s lives!

And that is when her journey to becoming a high-profile influencer truly began.

She was no longer wishing for it or waiting for it; she was on her way, with huge personal momentum.

Unfortunately, that’s also when Didi got smacked with some hard truths.

Because it’s one thing to say you’re committed to having a very successful online & offline presence…
It does take time effort, and creativity in this day and age with all the social noise out there.

To say you want to hop on a call a few hours a day and impact others and do something that never gets old while making a good living doing it is easier said than done without any type of plan.

It’s quite another thing to actually get into action and do it!

Like many 2hr, part-time consultant’s at this stage in their messaging, sales communication and closing journey, Didi realized she faced some critical questions with no immediate answers…

That’s when cold, hard reality really set in for Didi.

She realized who is going to listen to someone just starting out.

She also came face to face with the fact that how do I stand out as an expert with so many others making noise and who will give me a chance to show my expertise.

She was haunted by the idea that how do I set my prices for the services I offer.

And the thought that putting things together takes up a lot of time and effort didn’t help either.

But it was the crippling notion that some other coaches seem to be just lucky which caused her to truly hit rock bottom.

Before she knew it, Didi found herself stuck in a deep, dark tunnel of fear and self-pity.

And she sat there for a what seemed like forever, ready to quit.

Then, when the situation seemed completely hopeless, a light appeared… a beacon of hope in the inky darkness.

As if by chance, Didi discovered the communicate to close program and saw how things could turn around for her in just a matter of sessions.

Because of that 2hr video, she clearly saw how she could have a productive scaleable program that will get both her clients and herself results without spending all that hard-earned money on out dated “shiny object” programs.

With that discovery, Didi made a decision.

No matter what it took, nothing was going to stop her from figuring out how to structure time correctly, so that she could gain the most out of everything she has learned to put it all together..

She would do whatever it took to learn the right messaging, call to action to close more sales and create a duplicatable system that can be taught to others efficiently.

With that clarity of purpose came peace, focus… and purposeful action

Things really started to take off for Didi.

She was able to gain the confidence as if she been doing this for years.

She was also able to create and be proud of a program based around wants of your clients desires.

And finally, she was also able to become a top closer in her niche with some of the strategies and techniques.

Before she knew it, Didi‘s wildest dreams of being able to work when she wants and get paid her worth and spend more quality time with family came true!

She had become a high profile influencer.

Want to learn more how and why part-time consultants are failing with their big dreams? Be on the look out for out next mastermind that usually opens up only a few times a year.

Learn from Desirae King and myself how things can turn around for you using your expertise…NOT OURS.