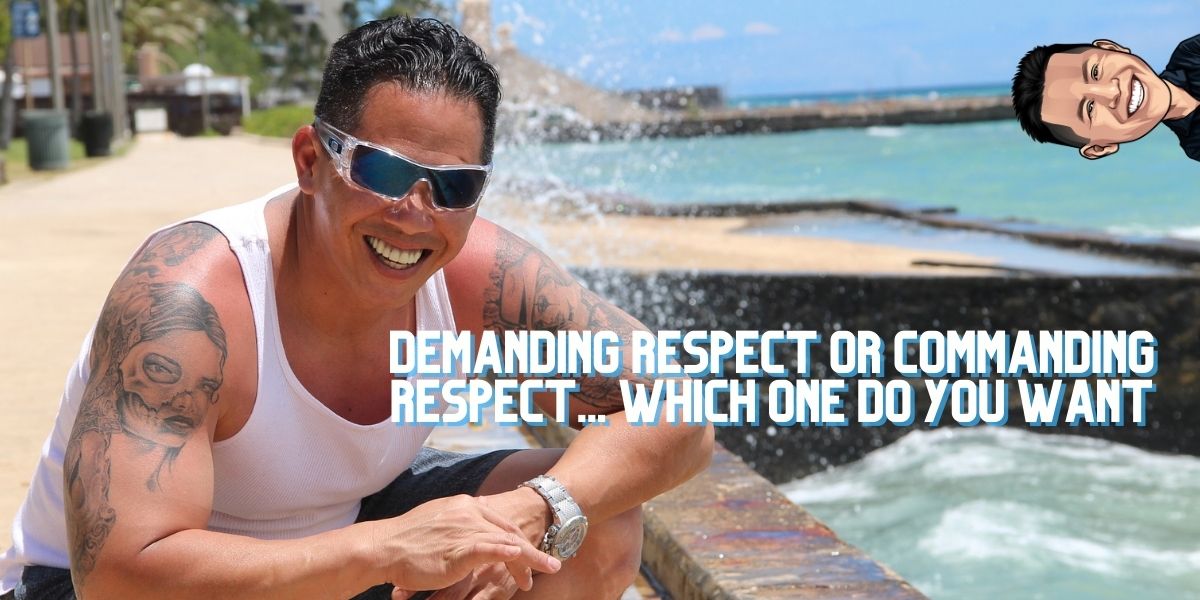 Got to give credit where credit is due…was reading an article about respect from Dr. Christian Conte that I just wanted to give you my take and put a little spin on things.

Respect is so important to many people. Some people are so focused on not being “disrespected,” that they will certainly go to wonderful huge lengths to require in some cases praise of respect from others. The idea of respect then comes to be the focal point for people’s lives. Yet why? Is it a feeling, is it something they crave or want to be heard, or is it because they just want to be the man.

Think of who really demands you give the utmost respect too?

In conclusion, “respect” seems to be in control of everyone that is looking to gain it but are going in the wrong direction to paint a picture for it.

However, there is a distinction in our method when we strive for security and also when we pursue respect. There is additionally a difference between requiring respect and also trying to regulate it– as well as there are lots of choices to “respect” for the feeling of security..

To demand it actually means “You will certainly appreciate or listen to me!” or otherwise endanger or punish those who do not act according to your dreams, wishes or way of thinking. To command respect is to have others observe as well as admire your actions of their very own will. This is where you want to be instead of using scare tactics, emotional abuse, and even physical abuse.

Commanding respect is something most people will never reach because they are demanding using the wrong means.

Respect is like a value exchange…give more of it through your actions and you get it back in return 100x over eventually commanding it later on after you have mastered it.

We all want to really feel risk-free, confident and appreciated because it is just one of the most primitive human demands. Paradoxically sufficient, however, the more we make every effort to require or demand respect from others, the more we actually jeopardize or destroy our partnerships– with other people. It actually destroys the bigger picture of what you have been trying to do from the get-go.

The next time you want to be heard or thinking to yourself “this blah blah needs to listen to me or else: consider this at that moment.

Youngsters do not “disrespect” moms and dads by not listening; they simply look for optimal satisfaction it might craving attention, being listened too or however means. Remember you do the same also with your bosses.

If you really intend to feel secure in partnerships, instead of spending your initiatives requiring respect as well as trying to change your partner’s behavior– work to become somebody that your companion intends to be around. Have a little humor, make your partner feel wanted, do small things

If you’re a young person, looking for acceptance go out and find a group that matches your inner feelings being an introvert will only get you around other introverts, try something different and find yourself

If you’re a gangster, ask yourself if you’re actually being used to gain the respect by people that won’t take you to where you want to go. Change that environment and who you look up to.

As opposed to DEMANDING respect, consider searching for the security you’re actually looking for– attempt expressing the pain or insecurities you feel– and also watch your life change before your very eyes. Don’t you think its time to command respect instead of demading it.

You will get much more further in life my commanding it amongst your peers.