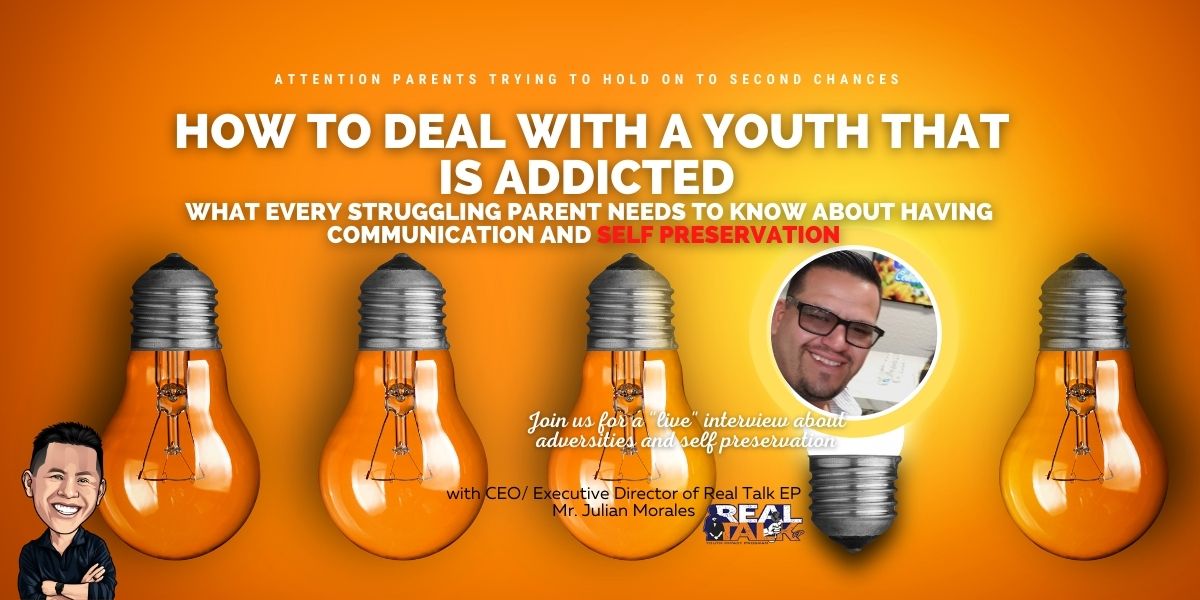 If you’re one of the struggling parents or guardians who wants to understand their youth for the bigger picture, then pay careful attention to these three communication and self-preservation mistakes and how every struggling parent or guardian needs to avoid them.

Mistake #1: Trying To Be A Friend Instead Of Parenting

The #1 thing you need to understand with this is this: parents or guardians don’t know what to do so the first thing they try to do is be a friend instead of being the parent, to be in their good graces. Deep down these youth want love or affection and somewhere they thought you stopped.

The most important thing right here is open communication and respect. Many of the times it is something that happened deep down. Because you have never dealt with this type of situation it is key to have that for the future because inside they are crying for help but really don’t know where to turn too.

Steering clear of this mistake is critical for every struggling parent or guardian’s success with communication and self-preservation because  9 out of 10 times it will get worst and go down a deeper rabbit hole that you can’t get out of emotionally, financially and sometimes physically wear and tear.

So the next logical step here to avoid this mistake is to be supportive of open communication and look at how things can change together. The one thing to keep in mind is to understand where it all comes from and address those issues before it gets worst. It could be anger for something, it might be some sort of attention. Find the root of the cause and have a start to work together.

Mistake #2: Not Drawing A Line In The Sand And Setting Boundaries

The bottom line for struggling parents or guardians with this mistake is that most addicted youth will throw things in the parent or guardian’s face, but you have to stand your ground but still be supportive for your own preservation. Trust me it gets really nasty at times, but you have to tell yourself what is the bigger picture in all of this.

The most important thing to get with making this mistake is you will get run over, manipulated, and get robbed of emotions, money, time and so much more. Addiction is a nasty thing with the youth because they don’t have a handle on emotions or experiences.

This comes next because if you don’t… if you give in to the tantrums it will get worst and the bigger the problems get. Having that boundaries set the tone and explains what you are willing and not willing to do.

Mistake #3: Not Seeking Any Type Of Help

The important thing to understand with this is there are many ways to get help, you just have to find the right program that matches the personality of your youth. Some want different things, like a boot camp, some want to just feel things out, some need that in house education. Find out what works for your youth.

Struggling parents or guardians need to avoid this mistake because things will get and can get much worst, jail time, prison time, deeper addiction, depressions, suicide all of these things don’t line up with what anyone wants in the future.

You need to pay attention to this because if you don’t the outcome will be one of those I mentioned at the top, and it will end up being much worst if you don’t take action now, or at least start looking for something that can keep your sanity in place.

So the next logical step here is to find a 3rd party, or professional service to help you out by the state or find a program that your youth wants to be a part of that is bigger than what they are going through right now. Most parents or guardians think it will work out on their own.

ARE YOU WILLING TO TAKE THAT GAMBLE?

Obviously this article about communication and self-preservation mistakes to avoid only touches the surface of all the things a struggling parent or guardian will need to know. Take the time to keep learning about the right methods to understand your youth for the bigger picture so you can achieve the title of successful “struggling parent or guardian!” It will be time well spent.

And here’s one more thing before I forget. Did you realize, we run a free organization that helps both parents and youth on how every struggling parent or guardian can understand their youth for the bigger picture!

You can check it here: https://realtalkyip.org

Giving you the best to help you on this journey.