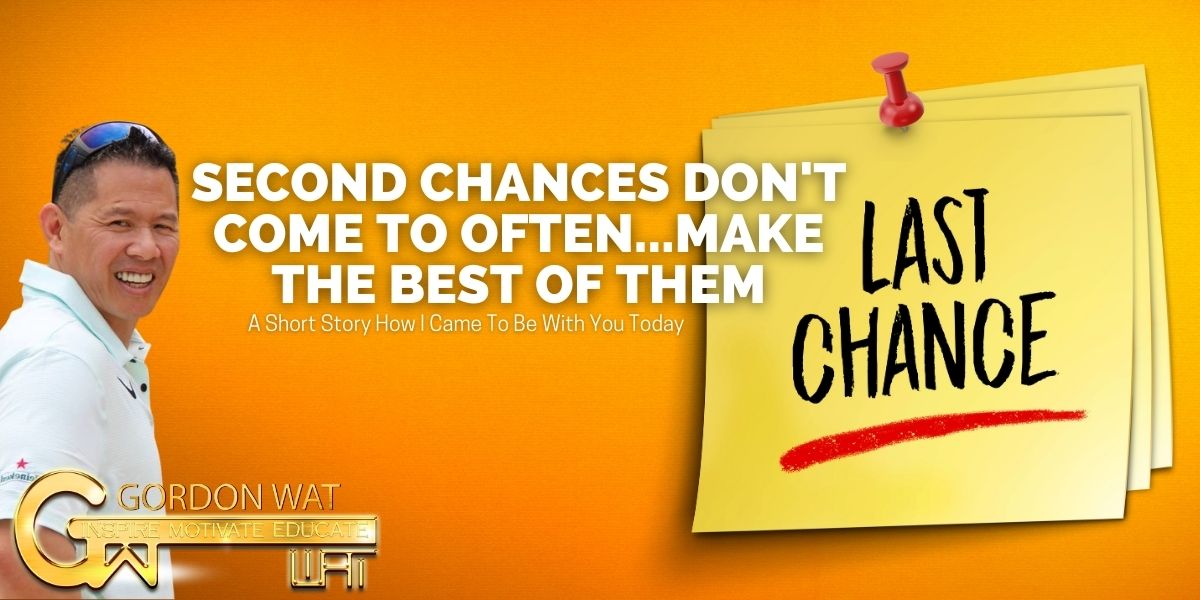 You may be wondering a little about how I came to be with you today…and why I personally talk about second or third chances so much.

Allow me to tell you a quick story about how I came to Las Vegas with a knapsack full of items (as much as I could carry) without any money, no work history, no car, not even an email and a new phone I didn’t know how to use that was on my sisters family share plan.

At the time I was questioning myself if I had the fortitude to truly transform my life around if my prayers were going to be answered. I was stressed concerning about getting involved in my old practices and friends old methods, anxiousness, concern as well as worry about who is going to give a person like me a chance to prove to the world and myself that I could do it.

I was attempting to figure out what is going to be my course of action all while learning about all this new modern technology as well as how the world moved on without me. I am in a new place that I am unfamiliar with and be able to put all the pieces back in place both psychologically, emotionally. To give you an idea of it all…the first day I got to go out into the world I had a massive headache because of all the stimulation overload.

Yet I was fighting with self-confidence believing in myself who is going to hire an ex-felon that has no actual job skills or social abilities for the past decade. Those things really loom in your head but you don’t tell anybody about it.

Talk about the worst type emotions that are in your head, you tell yourself the worst things.

Then the walls started crashing down around me when I found out that every little thing was done online at that I needed to have an email address, a computer, a social media, a credit history, physical address, and a means of transportation.

What all this meant was I had to get all these things in order before I could even attempt to do anything. Computer use at a library, job postings at a job connect, riding the bus to get to and from in a town I had no idea where I was going, and those passes just to leave the half-way house. SHEESH…I am exhausted just telling you this stuff.

As you can imagine, I remained in a negative way for a little while however I wasn’t all set to surrender on my desire for being the very best version of myself given the second chance and I just looked at it as part of the process to see if it all could be done.

Long story short…without all the walking around applying to other places and finally getting told no, no, or we are not hiring at this time.

After that, I reached out to an old close friend to get me to work as a valet for a part time position working for minimum wage running around with young kids half my age. (43 running for cars was out of the question but I did it.)

At that point, everything changed! because I dug deep into doing the best I could knowing this was just a stepping stone to a bigger picture.

I found out how to:.

– Push myself to become better in interacting socially as well as being nice and cordial got me more tips, it boosted my verbal skills because I have not actually talked with anybody typically for a long time, and also I knew placing this on my future resume might ultimately obtain me a better position on the las vegas strip. Where they (officials) said don’t even apply on the strip because they don’t hire people like you.

– Learn how to be part of the hospitality industry which in this community is ran on. Got my talking skills on and learned real fast what this town was all about…SERVICE

– Make connections for future openings in various other areas that could push me forward when the time arose….and it did in a form of a whim and a chance.

Due to the fact that I reached out to an old close friend to get me a work as a valet and I took that position way back when things have changed so much. I always wondered what if I put my ego first and didn’t hold on to those chances.

Things have changed in these past years, I am now in a highly sought out position in one of the most popular hotel strips as a doorman/bellmen have a small family which is the love of my life. A few houses, business partners that love what I do for this beloved community and life is just great from where it all started.

The moral of the story…no matter how bad things seem to be, get out of that old zone or comfort zone of yours and find the keys to your own path using what ever you have to move forward.

No matter what obstacles you face internally, emotional, psychological or even with anything YOU THINK is in your way. Deal with it and find the answer that you are looking for.

Currently, I never ever need to stress over going back ever again.

And that’s why I’m so enthusiastic and drilling down “Holding on to 2nd Chances or opportunities”. Because it turned my life around and I truly understand you have the power to do so also.